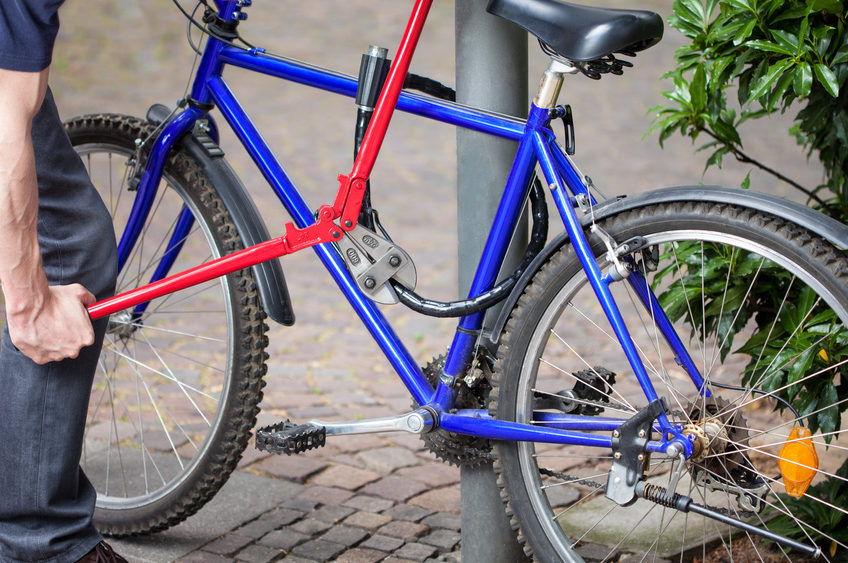 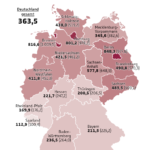 Bicycles are among the most popular stolen goods in Germany. In 2017, according to police crime statistics 300,000 wheels were stolen. Half of them where insured. On average, the insurers paid 570 euros for each stolen bike.

The strongholds of bicycle theft remained the three city states of Berlin, Bremen and Hamburg. For each 100,000 inhabitants, 800 bicycles were stolen. At the bottom of the statistics are Saarland, Rhineland-Palatinate and Thuringia ahead, as the adjacent statistics shows.

How are bicycles insured?

Bicycles belong to the household contents of private persons without special mention. Company bikes are automatically part of the company content insurance. However, initially there is only insurance protection against the classical risks such. Burglary. The problem is that the prerequisite for insured loss is that the thief breaks into a building. This is usually the case when a bicycle is stolen from locked storage rooms, cellars or apartments, but not in classic bicycle theft. This usually takes place outside buildings or from unlocked communal cellars.

In these cases, it is the so-called “simple theft”. This is only insured in the context of the domestic policy if they contain an additional clause. As a rule, there is a fixed maximum limit for these. This can be expressed in absolute terms (for example € 1,000) or depending on the sum insured (for example, 1 ‰ of the household’s total). Similar regulations apply to company wheels within the scope of the company content insurance.

As an alternative to domestic policy, wheels can also be secured by a bicycle insurance. As in the case of cars, this insurance covers not only theft, but also accidents or vandalism. Since such insurance but not cheap, they are more worthwhile for high-quality bikes.

What does home contents insurance pay with a bicycle clause?

The insurer will pay for the damage if the attached bike is stolen. Replaced is the replacement value, ie the amount to buy a new equivalent bike. Incidentally, e-bikes are usually insured as long as they do not carry an insurance license plate (“moped license plate”).

What is the night time clause?

For a long time it was common that the theft of bicycles was only insured during the day. At night between 22 and 6 o’clock most insurers excluded the protection. At first glance, this restriction seems rather unproblematic, as bicycles are usually housed in the basement at night. The big problem, however, is that the victim has to prove the time of theft. If it can not be ruled out that the bicycle was stolen at night, there is no money. Thus, some of the day-stolen theft falls under the night-time clause and is not insured.

Powerful and modern tariffs renounce today on the night time clause. For this reason, the insurance cover should be checked regularly.

How should bicycles be secured?

The bicycle should be secured with one, better even with two independent locks. A simple frame lock alone is not theft protection. Thieves are deterred from an act, if the lock can be cracked only with much effort.

If you have your bike coded by the police or clubs like the ADFC, you have an additional visible deterrent for thieves. Information on this is also the website of the police.

A police bike passport helps to unequivocally identify stolen bikes, convict the offender, and locate the rightful owner. In addition to the frame number and the code, the name and address of the wheel owner are noted in the passport. In addition, a photo of the bike is included. The app is available for free download in the app stores.

What to do if the bike was stolen?

The bicycle theft must be reported to the police and to the insurer. In addition, to obtain performance, a certificate from the Lost Property Office is usually requested that the bicycle has not been found after a certain period of time. The duration is tariff-dependent.

It makes sense to keep the purchase receipts and to know the frame number and manufacturer. But the rumor that you have no claim to performance without a bill is incorrect. The cheaper and older a bicycle is, the sooner the insurers will accept that there are no more purchase receipts. In times of digitization, however, it does not hurt to document the possession of the bike with photos and to keep the proof of purchase in PDF format.

Would you like to know more about bicycle theft or have your household insurance checked? Please feel free to contact us.