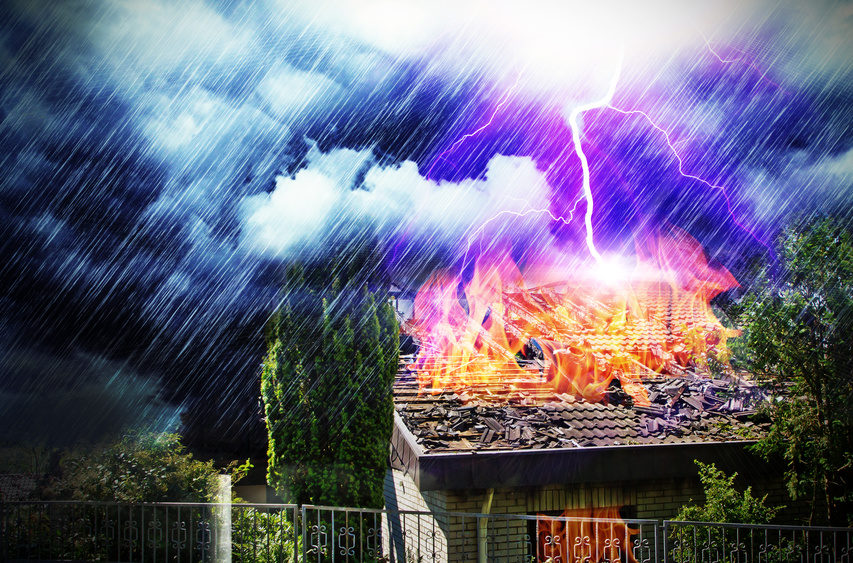 +++ The tariff change should be approached professionally +++

Residential building insurance has become one of the most expensive lines of insurance in recent years. Natural events that are becoming more frequent and stronger, rising construction prices and, above all, the dilapidated tap water system in many houses lead to ever increasing claims expenditure, which increases the premiums by an average of 5 to 7.5% per year. At the beginning of the millennium, residential building insurance sometimes only cost € 1 per square meter of living space; today it is € 4 to € 5 in many places.

Not least for this reason, many are afraid to switch to a modern building tariff. They weigh themselves in safety and believe that the differences in performance are not too great to be paid in case of doubt in the event of damage. Unfortunately, this conclusion is very deceptive, since the quality of older tariffs cannot keep up with today’s. Contracts from the years 2010 and earlier lack numerous service inclusions, which are rightly expected by many customers today. If the previous insurer is called Provinzial, Allianz or Sparkassenversicherung, even newer tariffs may contain dangerous gaps.

We’ll show you what gaps are in our blog today. Please note that we can only address the most important points, which cost the most money in the event of a claim. The list is not exhaustive, however, since there are more than 100 relevant performance features in building insurance.

The problem of gross negligence

With the reform of the Insurance Contract Act (VVG), the previously valid regulation for damage caused by gross negligence was changed. Until then, the “all-or-nothing principle” still applied, insurance companies have since been able to reduce their benefits in the event of a claim if the policyholder causes the damage through gross negligence. This is often the case when a fireplace is left unattended, as some past blog articles show (German language):

However, even an awning that is not retracted before a storm announced in the weather forecast can lead to a reduction due to grossly negligent damage.

Tariffs from 2008 and earlier are almost certainly not customer-friendly in this area. Contracts concluded later are often not better here.

Particularly high-performance tariffs dispense with the objection of gross negligence not only in causing damage, but also in contractual obligations, such as heating in the cold season. The tariff selection with this feature is still quite thin. However, we assume that this will gradually increase in the coming years.

Always trouble with the drain pipes

Most older tariffs, as well as almost all of today’s contracts with widely used insurers such as Provinzial, Allianz and Sparkassenversicherung, do not include damage to drain pipes outside the building. Even if these are insurable, which is often only the case for young buildings, most consultants do not do this for reasons of premium.

Especially in buildings with a large plot of land or garden, the drain pipes outside the building are particularly susceptible, since they are usually exposed to the cold without protection. In our experience, the amount of damage is quickly around € 5,000 or more, since finding and repairing damage is often very time-consuming.

If the soil is e.g. After a fire, contaminated by fire extinguishing foam or problematic building materials such as asbestos, you as the owner must pay for the decontamination to avoid environmental damage. The costs for this can quickly be around € 50,000. Many older tariffs did not insure these costs at all or only insured them to a small extent.

In modern tariffs, on the other hand, decontamination costs are an absolute standard and are usually insured to a reasonable or even unlimited extent.

If a tree falls over due to a storm or lightning, the damage to the house itself is insured in many cases. However, many old tariffs do not provide reimbursement for the costs associated with the fallen tree, such as removal, disposal and reforestation. However, especially with older trees, these can quickly reach € 10,000 or more, as we have experienced ourselves in the event of damage among our customers. A good reason to switch from an old contract to a modern tariff, especially for objects with many trees in the garden.

Natural hazards include natural events such as floods, heavy rain, earthquakes, landslides, earthfalls, avalanches or volcanic eruptions. These were well known and insurable even in previous years. Since nature used to be more predictable than today, elemental damage in the past was mostly not insured to save contribution. However, today’s inclusion in the old tariffs is usually no longer possible, which is why the switch to a modern tariff is necessary if you want to protect yourself against natural hazards.

Today’s home insurance is usually calculated based on the number of square meters. This makes the tariffs clear and easy to calculate. In the past, valuation was common. In addition to the living space, the number of floors, the construction equipment and other features had to be specified here.

If these have changed in the following years (e.g. due to the installation of underfloor heating or the expansion of the attic), you as the customer are obliged to report this to the insurer in order to adjust the value. In practice, however, this is all too easily forgotten. This leads to the so-called underinsurance. The insurer now has the option of reducing his compensation. We would like to show what this means in concrete terms using a numerical example:

Incidentally, the fact that you may have bought the building only after a renovation does not release you from the obligation to register. The “underinsurance waiver” named in the insurance policy is also of no use to you, as this is always linked to correct and up-to-date valuation.

Can switching from an older tariff also have disadvantages?

Yes, that is possible. As a rule, however, this has less to do with the tariff quality, but rather with the design:

However, all of the risks mentioned can be easily clarified before initiating a tariff change, which means that a risk-free change is possible as part of sensible advice.

The advantages of modern tariffs in the event of a claim usually exceed the additional contribution many times over, which is why we strongly recommend that existing contracts be reviewed.